15 years of the Zentrum

The German Cultural and Information Center of Hungary celebrates its 15th anniversary. On this occasion, on 9 October, the institution and its dedicated staff were greeted with festive speeches and a short film at the German House in Hungary.

The event was attended by dr. Ákos Kozma, Commissioner for Fundamental Rights, and dr. Szalayné dr. Erzsébet Sándor, Deputy Commissioner for the Protection of the Rights of Nationalities Living in Hungary. The event was honoured by the presence of Imre Ritter, the German Nationality MP of the Parliament and representatives of the German and Austrian embassies.
In her welcome speech, Ibolya Englenderné Hock, President of the German National Self-Government in Hungary, LdU / MNOÖ, recalled the personal memories of the institution, emphasizing the importance of the value preservation and value creation work of the Hungarian German Cultural and Information Center that has been performed in the past 15 years. Mónika Ambach, Director of Zentrum, thanked her staff for their persistent and creative work to make the institution speak the voice of Germans in Hungary and speak to the Germans in Hungary.

Jens Preißler, head of the press section of the German Embassy delivered the welcome words of H.E. Volkmar Wenzel Ambassador of Germany to Hungary. The invited guests watched a short film in the compilation of Éva Gerner, in which the editor of Unser Bildschirm, a German nationality magazine, recalled the memorable moments of Zentrum's history of one and a half decades. Tamás Kéméndi accordionist and actor Bálint Merán also participated in the festive program. The event was closed with a buffet reception. 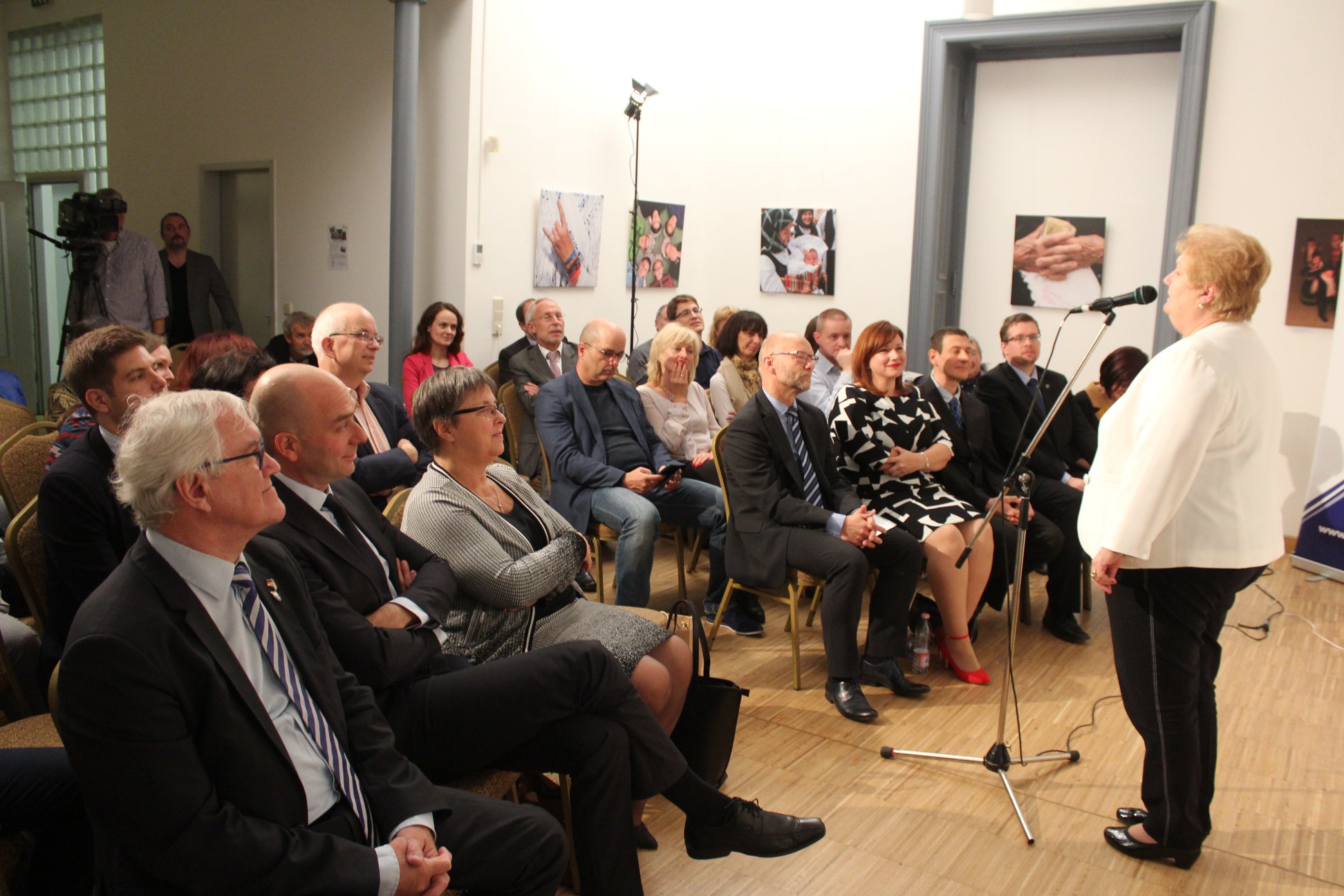 On 29 November 2003, the German National Self-Government established the Hungarian German Cultural and Information Center, which began operating on 1 October, 2004 in the Hungarian German House. Zentrum aims to present the social, educational, cultural and economic values ​​of the Germans in Hungary with the help of modern technology. The institution builds on the unlimited possibilities offered by the Internet (www.zentrum.hu), which facilitates communication, interaction, information exchange between institutions, NGOs and individuals. Zentrum continuously informs the members of the German community in Hungary and the wider community about the calls, tradition- and value-preservation initiatives of the Germans in Hungary, and also runs numerous programs at its headquarters in the Hungarian House of Germans.